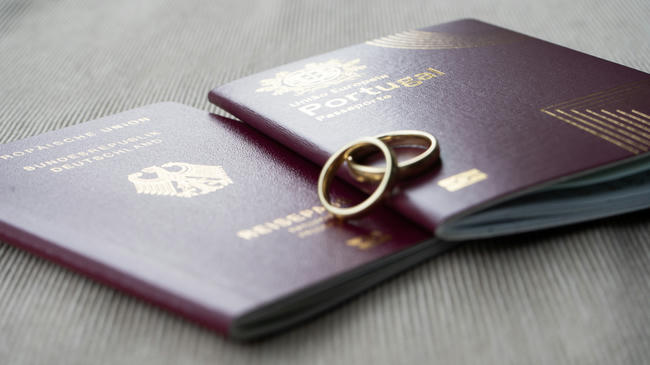 You might think that it is super easy to get married in Europe if you are from different European countries. But it's not.

I will show you what we had to do and which documents we needed to fulfil all the bureaucratic requirements.

My wife is Portuguese and I'm German, we don't live either in Portugal nor in Germany. On top of that we had some obstacles due to the COVID-19 pandemic. But you know, where love is, there is a way. Cheesy, I know

This probably varies according to where you are from but in our case we needed:

Decisions you to make in advance

There are a couple of things you need to decide before your show up at the registry office.

As we decided to get a combination of both last names (possible with the Portuguese law) I had to request the approval by the German civil registry office, the so called Namenserklärungen. This has also implications later for the last name of potential kids.

If possible get married in one of the countries from which one of you is from, doing it at the embassies might be even more cumbersome.